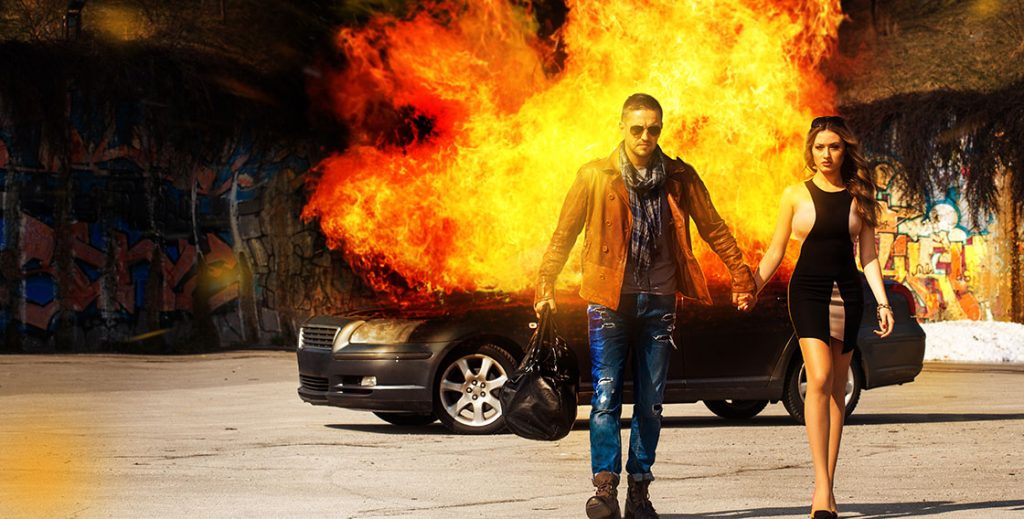 5 Supercars Featured in our Favorite Movies

Who doesn’t love a good chase scene? We all have the picture of James Bond snaking through the streets of London engrained in our heads, or even the Fast and the Furious Crew avoiding the police. There have been so many great movies with exciting supercars, and we all have our favorite. For this reason, we’ve put together our list of the top supercars that are straight out of the Hollywood limelight. Best of all, you can rent any one of these at our San Diego Luxury Car rental showroom. Let’s take a look:

Bruce Wayne and the Lamborghini

Throughout the entire Christopher Nolan Batman trilogy, Bruce Wayne has a love affair with Lamborghinis. In the first two, Bruce Wayne drives a Murcielago, but it all comes to a climax when he’s riding around in one of the best supercars on the planet in The Dark Knight Rises—the Lamborghini Aventador. This stunning 740-hp vehicle accelerates from 0-60 in just 2.9 seconds and is the perfect car to disguise yourself in when you’re not out at night catching bad guys.

Bad Boys is an iconic film, and the Porsche 964 was a crucial set piece for it. Besides showing the difference between the two main characters, played by Will Smith and Martin Lawrence, it’s a crucial part of the film’s final scenes when the characters race it down a runway to catch the movie’s antagonist. The Porsche GT3RS is the modern counterpart to the Porsche in the movie, with significant improvements in acceleration, handling and so much more. Are you ready to feel like you’re in a Michael Bay movie?

Grand Prix is one of the classic race films that define the genre. The movie tells the story of an American Formula 1 driver – played by actor James Garner, an actual racecar driver – competing in Europe. Shot on real tracks in Monza and Monaco, while not competing against racers, the film’s protagonist drives a classic 1966 Shelby GT350, tearing up the streets of Europe. You can get your chance behind the wheel of Shelby’s latest GT350, which puts out over 526 horsepower and is an absolute thrill to drive!

Golden Eye and the Red Ferrari

When people think of the James Bond movie franchise, Aston Martin usually comes to mind, being the car in the most recent adaptation of the films. However, one of the most exciting race scenes in the entire series is in the older film, GoldenEye. As James Bond is blasting down the road, a red Ferrari driven by a mysterious woman appears out of nowhere and speeds past him. The race was on! Of course, in reality, his Aston Martin would have never kept up with the blisteringly fast Ferrari. You can get behind the wheel of the incredible Ferrari 458 Spyder and feel what it’s like to race James Bond.

Many car enthusiasts find it a little strange that Lamborghini gave the film a Huracan to destroy for the purpose of the movie. The supercar may have been ruined, but it plays a key role in the titular character’s transformation in a superhero. Lamborghini’s message, “drive our car and you’ll feel like a hero.” They weren’t exaggerating. The Huracan isn’t just a performance beast, but flat-out outperforms almost every other vehicle on the market. If you are ready to really open up the road, then you need to get behind the wheel of this amazing vehicle.

The only thing better than watching our favorite supercars on the big screen is actually driving one. With our San Diego sports car rental inventory, you can have shot at driving one of these amazing vehicles.